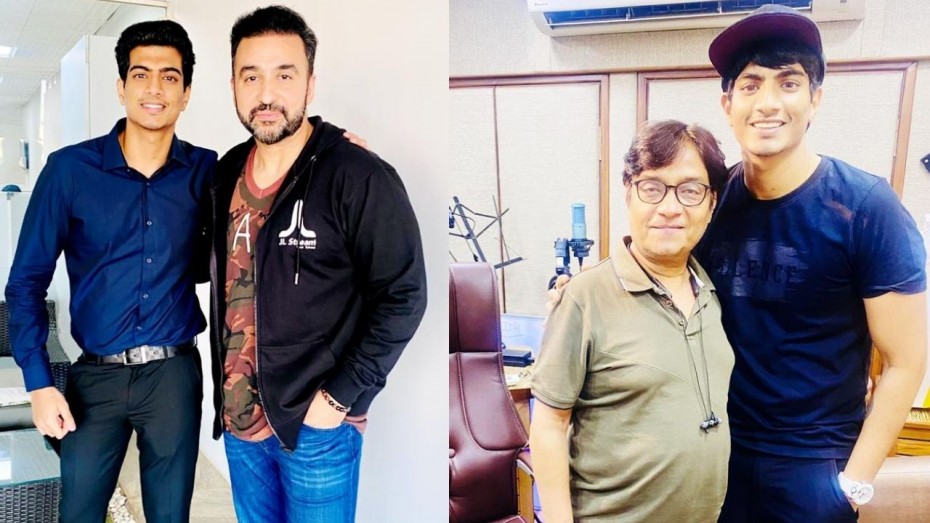 Directors and actors turning producers is not a new cult. But from being a complete outsider in the big world of Bollywood to finding his feet as one of the few risk-taking music-producers to a Director, Palaash Muchhal has come a long way in his decade-old career in the Hindi film industry.

Palaash Muchhal don multiple hats with equal ease and this time he is all set to be a debut director with his latest web series called ‘Ricksaw’ starring Brijendra Kala. He has directed music videos till now for various music labels but this is the first time he’s directed a web series content which will be released on Raj Kundra’s new OTT platform called ‘Bollyfame’. The poster of the webseries is released on 31st March & the trailer is releasing on 2nd April. The wait will be over soon and finally the webseries will be releasing on 9th April 2021.

On being asked about the collaboration with Raj Kundra, Palaash Muchhal said, “I share a great relationship with Raj Kundra and we’ve been like a family for a long time. My first song ‘Tu Hi Hai Aashiqui’ was with them when I was eighteen years old and now I am grateful to work with them for my first web-series too. They are familiar with my work and they have shown faith in me as a director as well. I am thankful and happy that it aligned with our work ethics and his new OTT launch.

The webseries ‘Rickshaw’ is about day to day Mumbai life narrated through a rickshaw driver played by ace actor Brijendra Kala. The webseries is written, directed and music produced by Palaash Muchhal. The webseries unfurls an interesting and a niche storyline. Palaash is here to make you notice his strong presence through his talent and ready to show his mettle in a different way than his previous work.

“I have always wanted to be a director since I have started my entertainment journey with acting. There is a certain kind of joy and a creative high to work with the talented artists from writing songs with lyricist Rashmi Virag to recording singers like Sunidhi Chauhan, Shaan Ji, My sister Palak Muchhal , Papon & directing Brijendra Sir. The whole process of making the series inside a rickshaw with only 4 cameras capturing every detail was definitely different and an incredible experience. It was the most satisfying thing for me in the world to be able to make a film and compose songs for it. We have worked very hard on it and I sincerely hope this series leaves a lasting joy on its audience”, he excitedly added.

After watching the webseries, Arbaaz Khan said, “Some stories don’t just need to be told but felt. A sensitive, touching story shown in an unique yet extraordinary way by debutant director Palash Muchhal. Well done.”

Palaash Muchaal has started his journey in Bollywood with Ashutosh Gowariker’s film ‘Khelein Hum Jee Jaan Sey’ as an actor. Since then he has directed and given music to more than 30 music videos till now for various music labels from Tseries to Zee music company and for films too. His songs like ‘Musafir’, Tu hi Hai Aashiqui, Party toh banti hai made a huge buzz as well. Palaash Muchhal is the youngest music composer/director in Bollywood. He has recently entered his name in the golden book of world records as the youngest music composer of bollywood.

Jharkhand international film festival awards 2021 will be organised in ranchi

‘Venom: Let There Be Carnage’ is all set to release in India this Dussehra!