You Are Not Where You Work

Especially if you have good reason to stay employed by — and be concerned about — a global online retailer.,

You Are Not Where You Work

Especially if you have good reason to stay employed by — and be concerned about — a global online retailer. 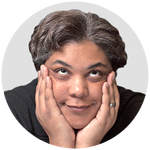 Send questions about the office, money, careers and work-life balance to workfriend@nytimes.com. Include your name and location, or a request to remain anonymous. Letters may be edited.

I work at a high-end grocery store chain acquired by the largest global online retailer. I’ve been feeling underwhelmed by my impact, careerwise, on the planet and on humanity. Many people I work with feel the same.

Recently, I was awarded a retention bonus. A $1.50-per-hour raise was given to five people in my store as determined by my store leadership, in recognition of hard work and a positive attitude. I asked if I will ever know who the other four are and I was told no. As an unskilled high school graduate, my $21 hourly rate plus the (high-deductible) health insurance are a better package than I could find anywhere else.

My family has always been low-income and dependent on government programs. I’m a hero to them, but I do really believe that my company is objectively making the planet worse. I don’t know what to do. Please help. Am I stupid to stay? Is it fair to my co-workers who didn’t get the raise? What do I do with myself? I want security, but I also want to do something good with my life.

Your anxiety here is palpable, and I understand the difficult decisions you are trying to make as a conscientious person. You are not stupid to stay in a job that pays you well and allows you to provide for yourself and your family. You are not being unfair in receiving a raise you have clearly earned. Your company is being unfair with their lack of pay transparency, only giving five people a raise, and obscuring who received those raises for inscrutable reasons. There are many problems with capitalism but foremost, for many people, are the ways in which we must compromise ourselves to earn a living.

When working for the world’s largest global online retailer or its subsidiaries, you have to balance pay and benefits with knowing your inadequately compensated labor is allowing one of the world’s wealthiest men to grow ever wealthier, while launching himself and his friends into the void before actual outer space. But are you really allowing such a thing? No. You aren’t. You’re simply doing the best you can. This is one of those situations where you need to put the onus of responsibility where it belongs: squarely on the shoulders of your employer. The company chooses to pay people inadequately. They choose to monopolize marketplaces, driving prices down to gain more customers. And it is those customers who shop at your store who enable all of this, not you and your co-workers. Certainly, you can quit your job, but whom will that benefit?

The question of wanting to do something good with your life is a powerful one. I urge you to decouple your self-worth and contributions to humanity from your employment. You are not what you do for a living. So how can you feel like you’re making more of an impact in this world? That’s not a question I can answer for you, but I will encourage you to sit with that question and consider ways you can contribute to your community. Certainly, you can fulfill your civic responsibility by voting, but what more can you do? Is there a nonprofit doing work you believe in that you can volunteer for? Are there mutual aid groups you can work with? Start small and therein, you will find at least some of the answers for what you can do with yourself. You will do something good with your life. You already are.

My job is definitely pink-collar — I’m an administrative assistant. I’ve always known my job requires huge emotional labor. Is it someone’s birthday? Don’t worry, I remembered and yes! I brought cake. Need to get hateful with someone because the drink machine stole your dollar? I’m your girl. For years, this was pretty much OK with me. Since remote work and a return to the office, though, I’m struggling. I like most of my actual job description. It brings me joy and is fulfilling. But I’m having a hard time playing nice to being people’s emotional wastebasket now. I don’t have the bandwidth anymore. I find myself reaching sitcom levels of snark and I’m wondering if it is time to move on. I have zero guilt that I don’t want to let people dump on me. I do have guilt that I’m not handling it professionally, but I do not how to course-correct.

It may well be time to move on. There is nothing appealing about being people’s emotional wastebasket, and that is not in your job description. It sounds like remote work helped you develop some boundaries. That is a good thing! When people try to trespass your boundaries, let them know, politely but firmly. Lean on your support systems when you need to vent and snark. It may, indeed, be the right moment to find something new, but it sounds like you really do enjoy your job. Consider that you are not the problem here and what you’re experiencing is the tension of recalibrating your colleagues’ expectations and waiting for them to realize that.

A former friend of mine committed a sex crime about eight years ago. He pleaded guilty, paid a large fine, did community service and was put on probation but avoided jail time. While the crime was not rape, it would have landed him on the sex offender registry in several states but does not meet the criteria here. After getting fired from his job, he started his own consultancy firm. I’ve seen him over the years at conferences, and without fail, he makes at least one sexual or generally inappropriate comment, either in public meetings or in casual conversations. Before his conviction, I thought that this kind of behavior on his part was creepy but harmless. Now it’s just creepy and suggests to me that he hasn’t necessarily changed.

An acquaintance I highly respect is joining his company. She and I are not close, but I would call her an industry ally. I’ve wrestled with telling her about my former friend’s past for years, as I believe they may hang out socially, but I never figured out exactly how to have the conversation. I worry that if I tell her, she’ll be dismissive or she’ll turn it back on me. I also worry that if I don’t tell her, she may end up in a situation where she is not safe. I suppose the question is: If you were excited about a new job, would you want to know that your boss committed a sex crime?

No one ever wants to know their boss committed a sex crime because we all want bosses who have not committed sex crimes. His behavior is not harmless. Tell your acquaintance about your former friend’s past. In fact, tell her what you’ve shared with me. What your acquaintance does with that information is up to her. She may be dismissive. She may be indifferent. She may be grateful. It may diminish her excitement about the new job, and it may not. At the very least, she will be better equipped to work with him and she will, hopefully, pay the information forward to other women who work with him. Forewarned is forearmed.

Roxane Gay is the author, most recently, of “Hunger” and a contributing opinion writer. Write to her at workfriend@nytimes.com.